The AFI are pleased to announce that the sponsors for the 2022 UK Fencing Awards include several of the major players that supply the fencing industry across its various disciplines – Birkdale, CLD Fencing Systems, Heras, McVeigh Parker and Zaun have all given their support.

We are proud to share the awards with such forward thinking companies who have all been involved in developing the fencing industry and progressing its standards in the modern environment. All of our sponsors have played their part with helping the industry in different sectors to resolve problems and develop the offering for contractors and end users which is why they are so encouraging of the Project of the Year, Contractor of the Year and Lifetime Achievement.

Heras are sponsoring our Project of the Year award, which invites contractors from all sectors of the fencing industry to enter.

The exclusive AFI member Contractor of the Year awards has an entry for all turnover levels; up to £750k, £750k to £1.5m, £1.5m to £3m and £3m plus. McVeigh Parker, Birkdale Durapost, Zaun and CLD Fencing have all put their sponsorship and support to award categories that will reward the excellent work of AFI members.

JB Corrie are backing the Lifetime Contribution award, in memory of the long contribution Richard Corrie gave to Fencing.

The AFI are excited with the support they have received from the sponsors for this new event.

Pete Clark CEO said “The venue is booked, we have a great set of sponsors and early entrants are encouraging. It’s time to celebrate the fantastic projects in fencing, whatever the size. We look forward to a broad range of entrants to make this an exceptional event showing the diverse spread of fencing, talent and skills we have from the best in the industry.” 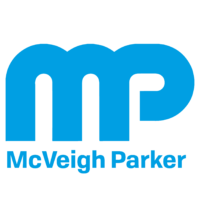