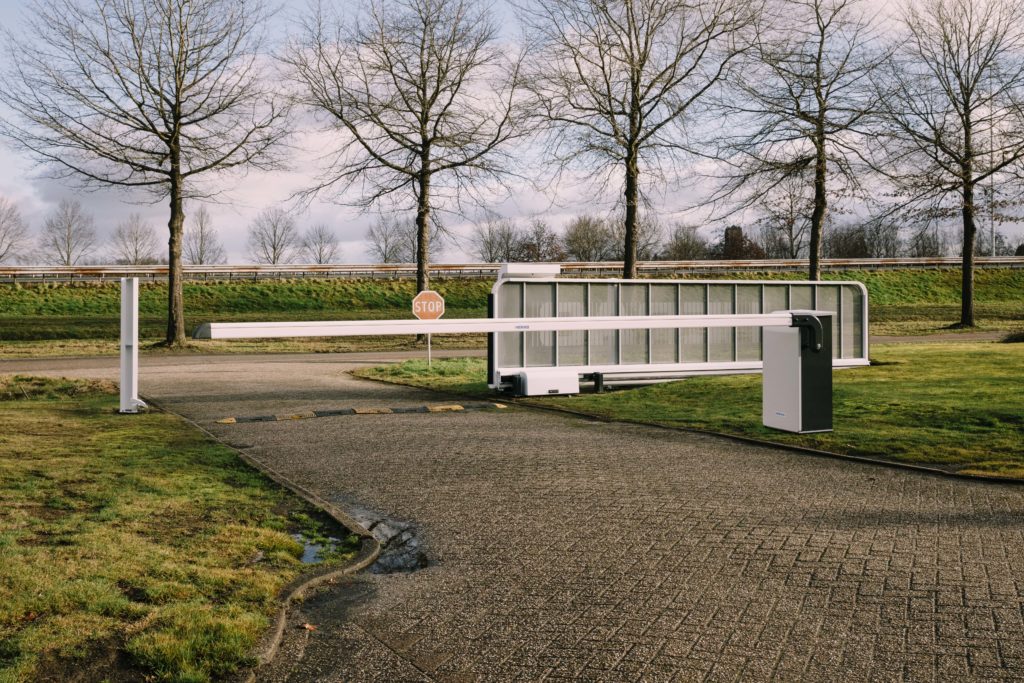 Suitable for sites with controlled vehicle entry (such as commercial car parks and industrial site entrances), Saros is a best-in-class product that has been designed and developed by Heras to meet all market-led functionality and safety requirements and thus offers a highly functional, reliable and affordable barrier option.

Saros can withstand harsh external conditions, making it especially suitable for areas such as coastal regions or other places that are prone to strong winds, as rigorous testing, analysis and calculations has confirmed.

Saros is an electro-mechanical barrier with a fast and efficient operation, making it a great addition to the current offering of electro-hydraulic traffic barriers B411, B420 and 94x Series. This further adds to the portfolio of entrance control products manufactured and produced by Heras, which has its UK head office in Doncaster.

Heras Product Manager Jonathan Broughton said that the Saros traffic control system has demonstrable longevity, operating reliably over long periods, meaning there is no limitation to the number of operations it can perform. This makes it an ideal barrier for busy locations. Also complying with the latest safety standards, the barrier can provide a plug and play solution that is safe, robust and reliable.

“Saros is a unique product to Heras and was developed after extensive research, investigation, design, development and testing. The product came alive because of the work of Heras’ own Product and Development department.”

Heras is constantly innovating – both in terms of its existing product ranges and also bringing new developments to market to provide a holistic portfolio of perimeter protection solutions; and Saros marks another step forward for the company and comes hot on the heels of its launch of the next generation of perimeter intrusion detection systems (PIDS).

Heras has built on the first generation of PIDS with significant innovations that have resulted in a new, simplified portfolio with next-generation capabilities to provide even greater levels of perimeter protection. They can be used on sites with specific security and perimeter protection requirements – such as warehouses and distribution centres with high-value stockholding.

Its new GeoMic and GeoPoint systems – which both have pro versions – are designed to complement and greatly increase the overall effectiveness of both existing and newly specified perimeter protection fence and gate lines.

For more information, go to https://www.heras.co.uk/products/entrance-control/barriers/barrier-saros/.